“There is clear demand and need for this service, which has proven particularly valuable to the hospitality and food and beverages industries,” said CARTA board chairman Mike Seekings. “We hope that the resources necessary to continue the HOP’s momentum will be made available by the partners, both public and private, who have benefited from it, and that the program can be expanded to other parts of the city in the future.”

The park-and-ride program is the first of its kind on the peninsula and was brought to fruition via a collaborative partnership between the City of Charleston, Charleston County, the Charleston Area Convention and Visitors Bureau and the Berkeley-Charleston-Dorchester Council of Governments. Total ridership on the HOP in July was 10,015.

Service is currently scheduled for about every 15 minutes between 6 a.m. and 3 a.m., seven days per week. Visitors to downtown Charleston and all commuters are encouraged to park all day for just $5 and ride the HOP shuttle for free.

Seekings noted that the HOP will be a convenient option for College of Charleston students who live off the peninsula and drive downtown. Riders can track buses in real-time on the Transit app available on iPhone and Android.

Get all the details on The HOP: www.ridecarta.com/HOP

FINAL UPDATE 2:30PM All routes have returned to regular routes and schedules.

UPDATE 12:30PM – All routes have returned to regular routes except routes 20 and 102.  Expect some delays as routes return to regular schedules.

11:00 am 8/3/18 the following routes are delayed or detouring due to flooding and street closures in the area.  Routes will return to normal as flooding subsides and streets are re-opened.

Route 20- Staying on Meeting due to flooding on King

Route 30- Detouring Cannon, will be going down Calhoun; then taking Meeting to Mary

Route 31- Detouring Cannon, will be going down Calhoun; then taking Meeting to Mary

Rt. 211- Market and East Bay is flooded- We will be taking East Bay to Hassel back to Meeting.

Route 213- Delayed due to flooding on Calhoun; route is not going down America and Columbus streets

The Town of Mount Pleasant and Berkeley-Charleston-Dorchester Council of Governments are partnering on a town-wide
transit study, with Phase I to focus on the public transportation needs and desires of residents and businesses. An online survey is available through Aug. 17 here (https://surveymonkey.com/r/mtptransit). Paper copies of the survey are available at Mount Pleasant Town Hall. A public open house will be held Tuesday, Aug. 7 from 3 – 7 p.m. in the Town Hall foyer to share findings and gather input on what future transit service should look like in Mount Pleasant.

“It’s very important to us that we offer service where there is demand and need,” said BCDCOG Executive Director Ron Mitchum. “Our goal is to put the right service in the right area at the right time, and one way to ensure we achieve that is to speak directly with riders and would-be riders.”

Those who would like to stay updated on the study or have specific questions are asked to email BCDCOG principal planner Sharon Hollis at sharonh@bcdcog.com. Recent CARTA outreach has included discussions regarding service with officials of Folly Beach
and Isle of Palms, as well as residents of Daniel Island, who can add their feedback at ridecarta.com/danielisland.

“Lowcountry residents have realized that public transit and other transportation alternatives are going to have to be in the mix if we’re going to avoid long-term gridlock,” Mitchum said.

Representatives from CARTA, TriCounty Link and the Berkeley-Charleston-Dorchester Council of Governments (BCDCOG) will be available to hear islanders ideas and answer questions regarding public transit, with a focus on what services are needed on Daniel Island.

WHY: As Charleston’s public transportation provider, CARTA always want to hear from residents. With this session, the authority hopes to gain insight on the public transit needs of Daniel Island residents and businesses. 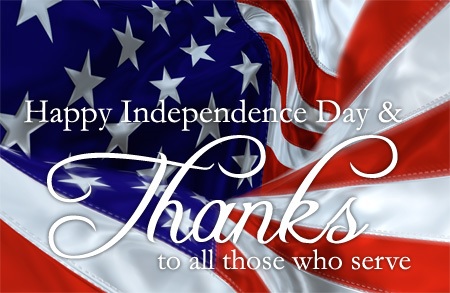 Please note: The June CARTA Board meeting to be held at 1 p.m Thursday, June 21, at the CARTA facility located at 3664 Leeds Avenue in North Charleston. This is a change from the normal day and location for CARTA meetings, and a live video feed will not be available.

On Friday 6/01/18, we were informed by Velocity that they will need at least 2 additional rows for the expected summer season, therefore starting immediately we will need most of our passengers to park in the overflow area (purple area).
The specific area CARTA passengers will no longer be able to park includes the first 6 rows of the current CARTA area near Rivers Ave. As you can see from the map below, you should be able to continue to park on the row where the old ATM was located.  Please refer to the map below to see the exact area.

We will have sandwich boards and caution tape or rope designating where to park and where not to park.  Please pay attention to signage in the coming weeks and DO NOT AT ANY TIME park in any spaces around the Velocity building or in the T-Mobile areas we have been communicating to you shown in red on the map below; please only park in the yellow or purple areas shown on the map below.  Please review the map carefully and pay attention to signage in the parking lot.

Currently we have space in the overflow (purple area), however if we start to run low on spaces we have additional overflow parking available and staff will provide that information when and if this issue occurs.  Staff will continue to be on site periodically each week to monitor and assist with the parking situation.

We hope this is the last adjustment to the Velocity area, however we should anticipate possible additional adjustments to the current parking area before our area is completed later this summer or fall.  This process has taken much longer and is more complicated than anyone anticipated.  We apologize for this ever-changing situation and we thank you for your continued patience as we continue to try to work with all our neighbors until our area is ready for use.

Please know we are trying our best not to cause disruptions to your daily routine while at the same time continuing to provide a place for everyone to park.  Please let us know if you have any questions or concerns. 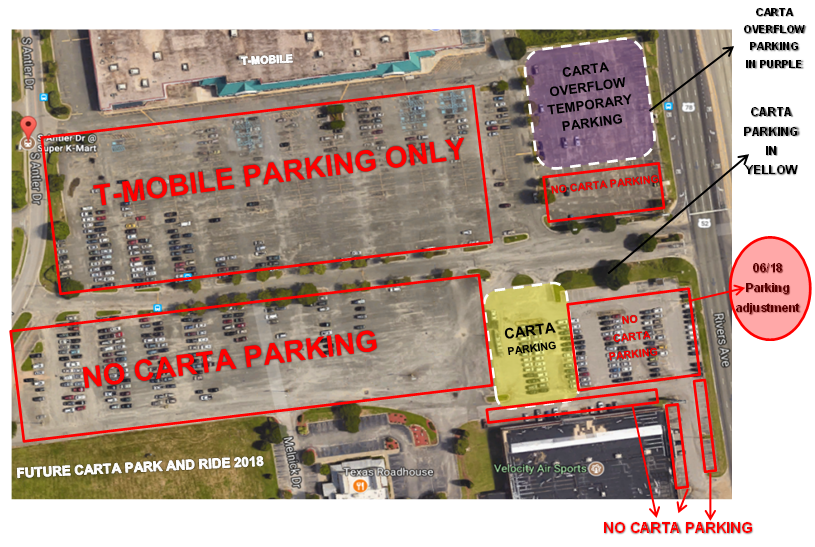 The Charleston Area Regional Transportation Authority (CARTA) will resume regular service east of the Cooper River on Monday, June 4. Additional weekday service, funded by SCDOT, had been provided during the Wando Bridge closure.

Further details can be found at: ridecarta.com/maps-schedules 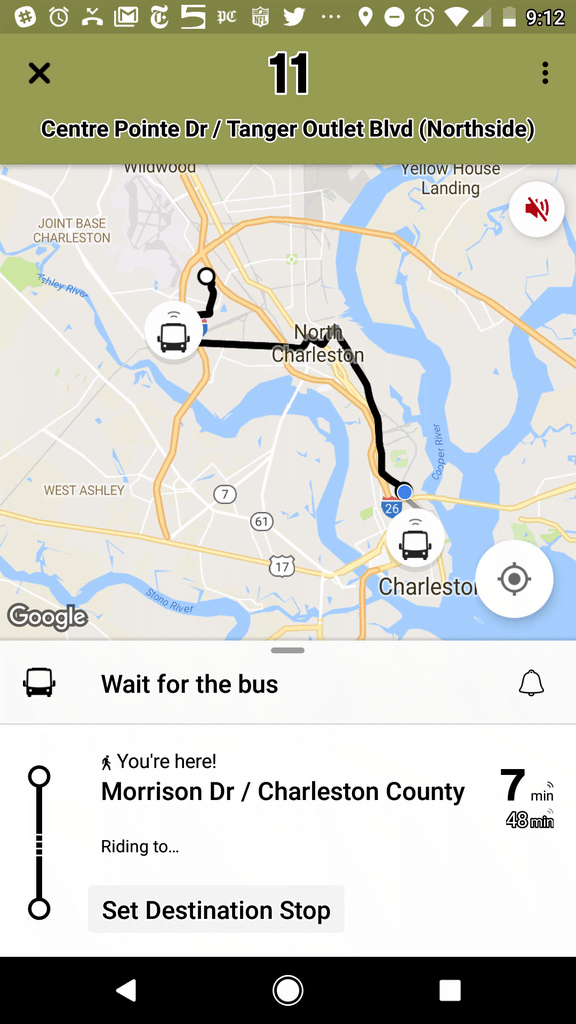